Concerts 2018
"The Stoke Newington Guitar Festival is one of the best festivals I've had the honour and pleasure of performing at..."
Graham Anthony Devine 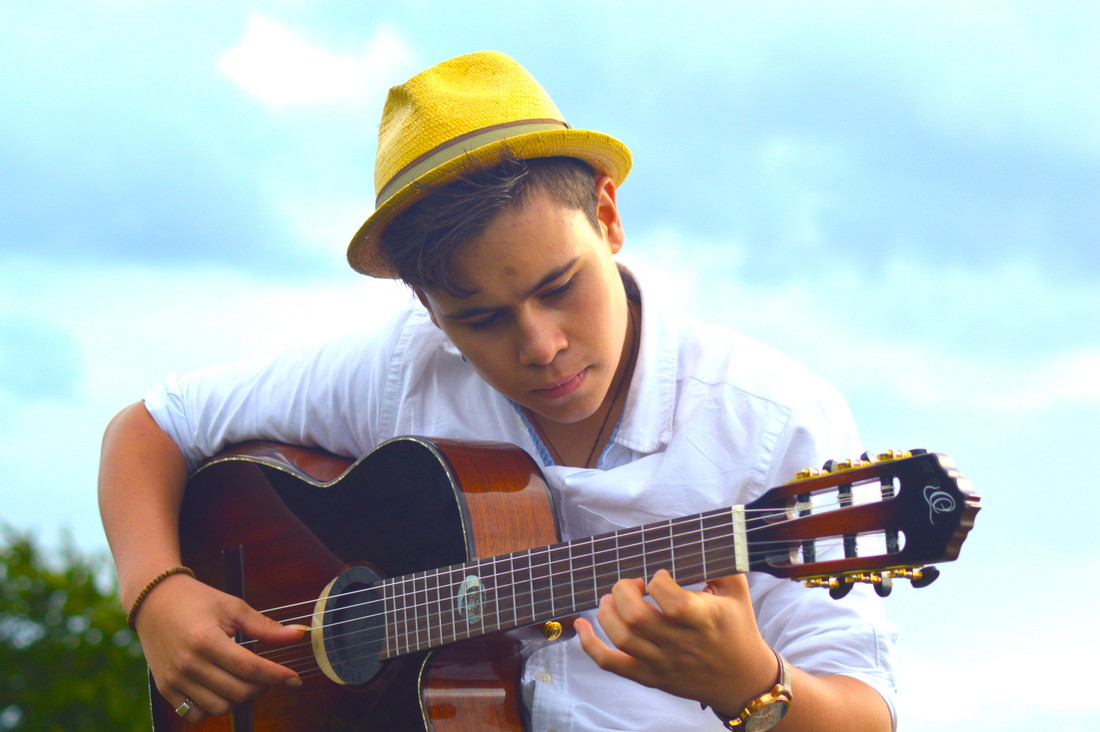 In this concert Billy will play classical repertoire by Bach, Brouwer & Rodrigo alongside his own compositions and arrangements. Billy is officially endorsed by several major brands and regularly performs at music shows and exhibitions and continues to study classical guitar with Francesco Mariani at the prestigious Purcell School for Young Musicians in London.

This Concert is child and baby friendly and a ticket holding adult can accompany as many under 16's for free as they please! 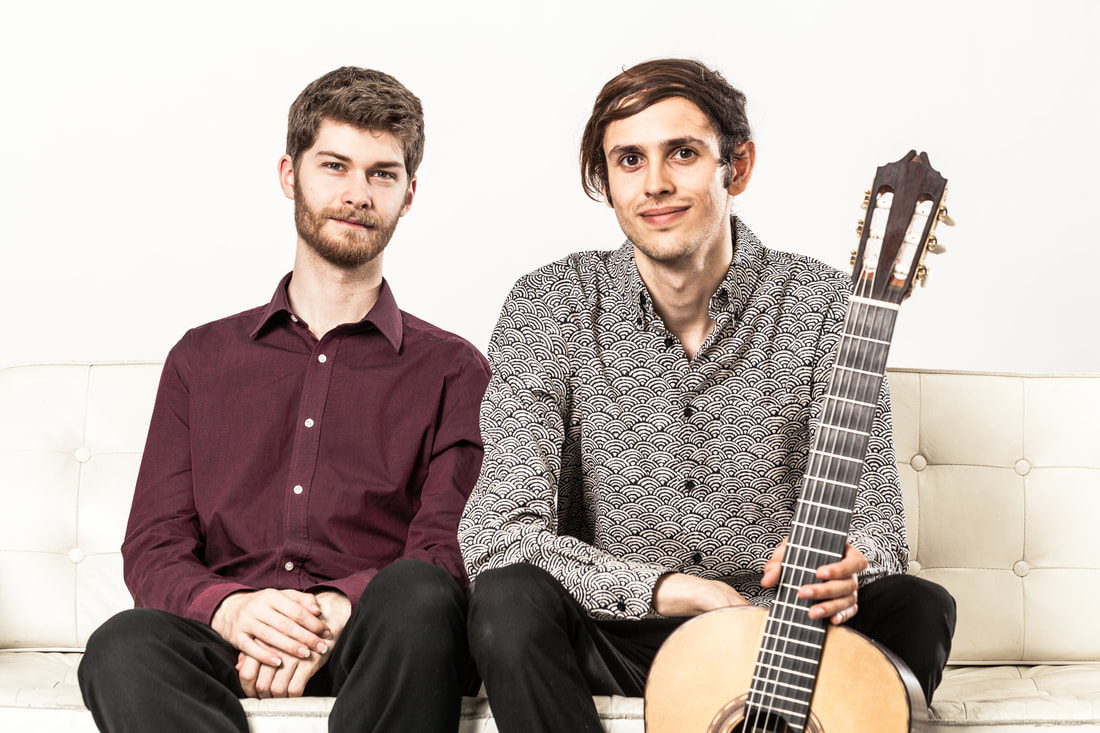 Vickers Bovey Duo - Saturday 17th November 2018, 7.30pm
Julian and Dan first met studying at Birmingham Conservatoire where they both received First Class Honours and the Principal's Prize, continuing their studies with a joint Masters at the Royal Academy of Music, London, graduating with Distinction in their Performance Diploma in July 2016.

Winners of multiple awards, the duo have recently been selected for the Worshipful Company of Musicians Maisie Lewis Prize, the Tillett Trust Young Artist Platform, which saw them make their Wigmore Hall debut in February 2017, the 2017 Park Lane Group concert series at St Johns Smith Square and the Concordia Foundation Young Artist Scheme.  In 2016 they won the Royal Academy of Musics Club Prize, the most prestigious competition at the Academy and are prize winners at the 2017 Guitar Foundation of Americas International Ensemble Competition in Los Angeles and the 2018 International Festival de Guitarra Braga Ensemble Competition in Portugal.

The duo have been featured on BBC Radio 3s In Tune and Late Junction and are past recipients of the IGF Young Artist Platform, the Countess of Munster and Help Musicians UK Awards and have performed extensively internationally and around the UK, including at Wigmore Hall, St. James Piccadilly,  St. Johns Smith Square, Courtauld Gallery, Kings Place (London Guitar Festival), The Sage (North-East Guitar Festival), Bath Guitar Festival, Shrewsbury Guitar Festival and Colston Hall (Bristol).

United by a love of new and contemporary music, the duo have commissioned and premiered numerous works, including Michael Finnissy's Normal Deviates, Joe Cutler's Everyday Music and Mario Ferraro's On That Old Oak by the Roadside. The duo also have a long term collaboration with Ryan Probert, whose transfixing large scale works Thirty-Six Views of Mount Fuji, Eight Views of the Four Seasons and The Fields Where Silence Has Lease (BBC commission) have been performed over thirty times, in concert halls, libraries, factories and schools. The complete set of Ryan's Thirty-Six Views of Mount Fuji formed the duos debut CD, released in April 2016. 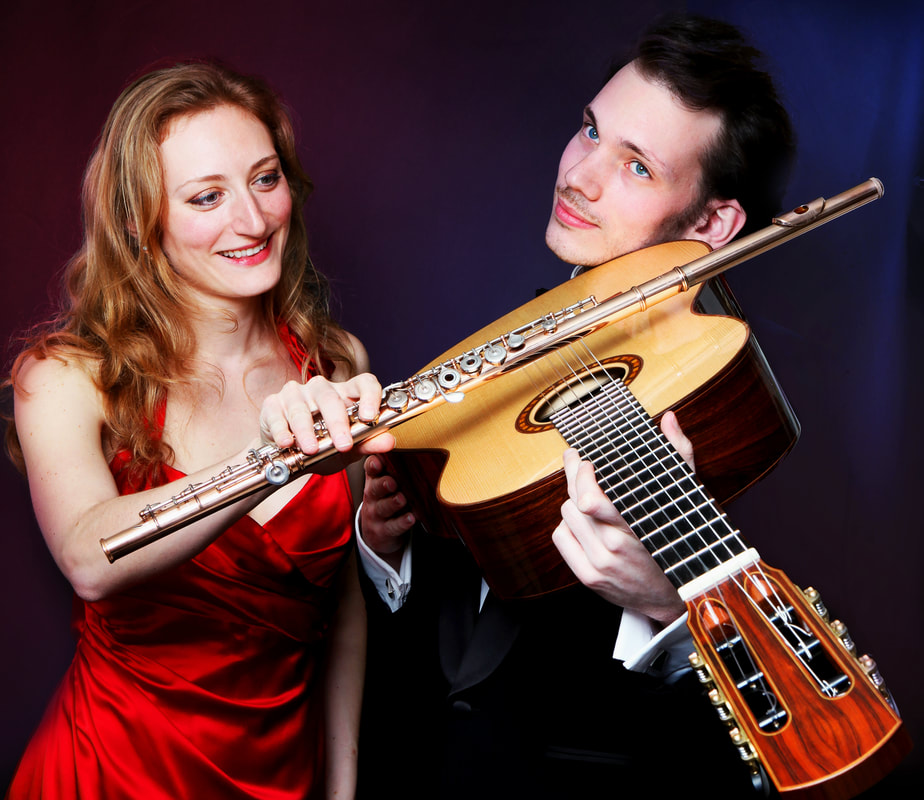 ​Emily Andrews (flutes, voice) and David Massey (guitars) met in 2009 at the Royal Academy of Music while playing in the orchestra for a musical. They have played together ever since, alongside their solo careers. Emily and David are expanding the boundaries of flute and guitar duo playing. Their extremely varied recitals mix classics of the flute and guitar repertoire with their own arrangements of songs and instrumental classical and folk music.

As a duo they have gone from strength to strength: winners of a prestigious Tunnell Trust Award for 2012-2013; semi-finalists in the Royal Overseas League Competition in London three times; and regular recitalists in a variety of settings, including lunchtime and evening recitals around the country (previous venues include Wigmore Hall, St Martin in the Fields, Kings Place, St James’ Piccadilly and Chipping Campden Music Festival) and abroad in Germany, Italy and Sweden. 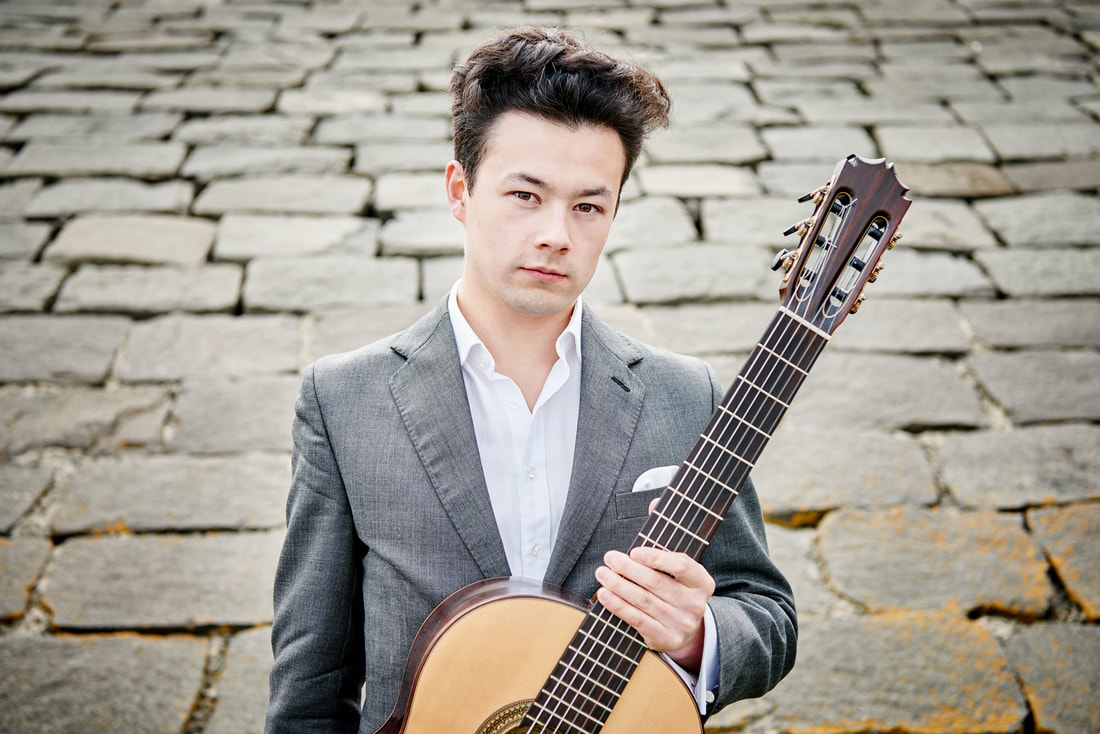 Sean Shibe - Sunday 18th November 2018, 7.30pm
Sean Shibe is one of the foremost guitarists of his generation. His approach to the traditional classical guitar canon avoids cliché and challenges all preconceptions.

In 2017 Sean Shibe's debut solo album release on Delphian Records was met with critical acclaim and won him a nomination in the BBC Music Magazine Instrumental Award category. Dreams and Fancies is a recording that explores the fruits of Julian Bream's history of commissioning in the 20th Century alongside music by Dowland and was named Editors Choice in Gramophone as well as BBC Music Magazines Instrumental Choice.

Born in Edinburgh in 1992 of English and Japanese heritage, he studied at the Royal Conservatoire of Scotland and with Paolo Pegoraro in Italy. At the age of 20 he became the first guitarist to be selected for the BBC Radio 3 New Generation Artists scheme, and the only solo guitarist to be awarded a Borletti-Buitoni Trust Fellowship. He was a YCAT artist between 2015 and 2017.

"Razor-sharp dynamic control and a wonderful sense of architecture... this was a transcendental performance and it is hard to imagine that it has been performed better – utterly wonderful... we agreed that with players of this capability, the future of the classical guitar in the UK is in safe hands"  European Guitar Teachers Association
Sean Shibe Tickets